For those of you who enjoyed Disney’s The Jungle Book released in 1967, you might be interested to know that Disney is planning a live-action movie based on Rudyard Kipling’s The Jungle Book, according to The Guardian (click the link to see the article: Disney to make live action Jungle Book | Film | guardian.co.uk). 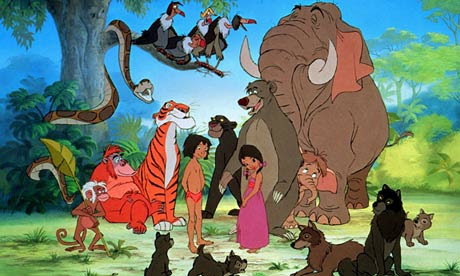 This follows news of Disney’s forthcoming live-actions versions of Sleeping Beauty, renamed Maleficent (http://www.imdb.com/title/tt1587310/?ref_=sr_1),
and Cinderella (http://www.imdb.com/title/tt1661199/?ref_=sr_6). According to IMDB, Maleficient is due to be released in 2014 and will star Angelina Jolie as Maleficent and Elle Fanning as Princess Aurora. Also according to IMDB, Cinderella is planned for release in 2015 and will star Lily James as Cinderella, Cate Blanchett as Lady Tremaine (who I assume is the evil stepmother) and Helena Bonham Carter as the fairy godmother.

It should be an exciting few years for remakes of classics!