So, I somewhat recently posted about the embroidered map of Middle Earth that I am completing for my mum as she is an avid fan of Lord of the Rings. I had originally aimed to finish the map for Christmas this year…I’ve realised that this was probably very overambitious! I am making progress (see pictures below), but slow progress.

I started with Mordor — I couldn’t help myself 🙂 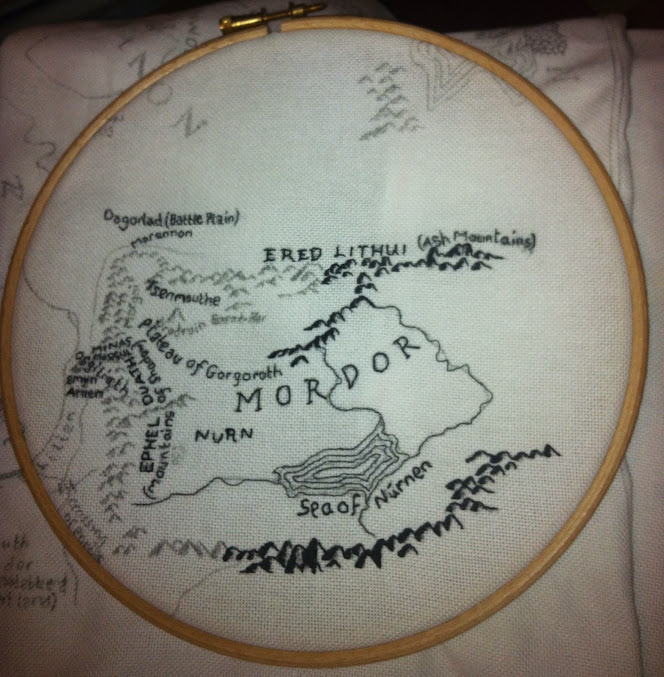 Here’s the overall shot, so far. As you can see, I still have many, many mountains to go before I can move up to the top right hand corner! 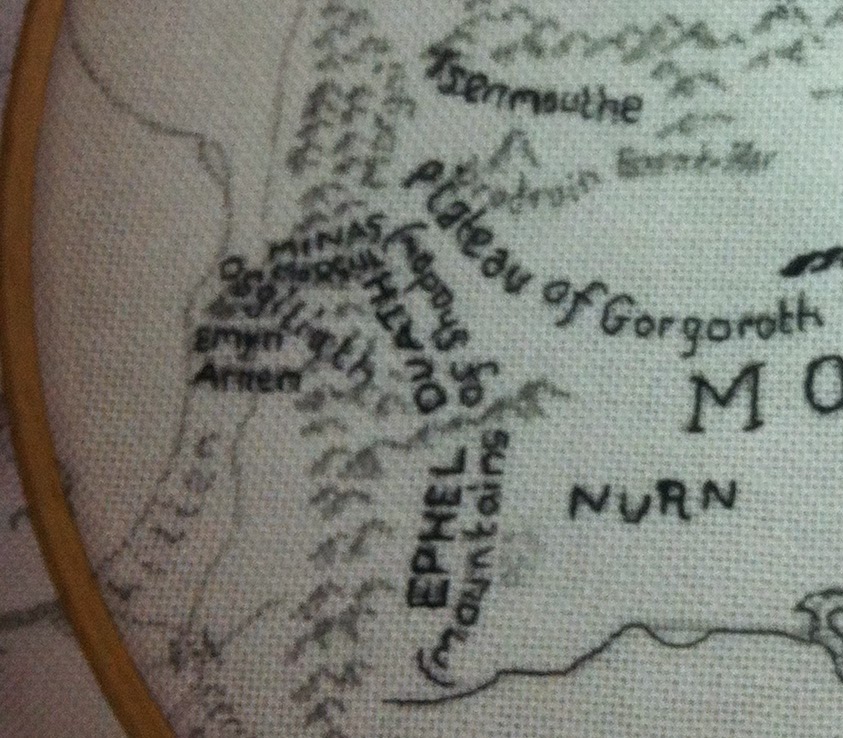 I was initially very worried about whether the text would be readable, particularly because I only wanted to make the map A0 size. I think that so far, the text has worked well. Hopefully, you agree. I used single strands of black thread for this lettering so I could retain the different font styles.

For the mountains at the base of Mordor, I really wanted them to be sharp and angular by using two strands of black thread and blocking in the shadows. I think that this works well and adds to the feel of Mordor. 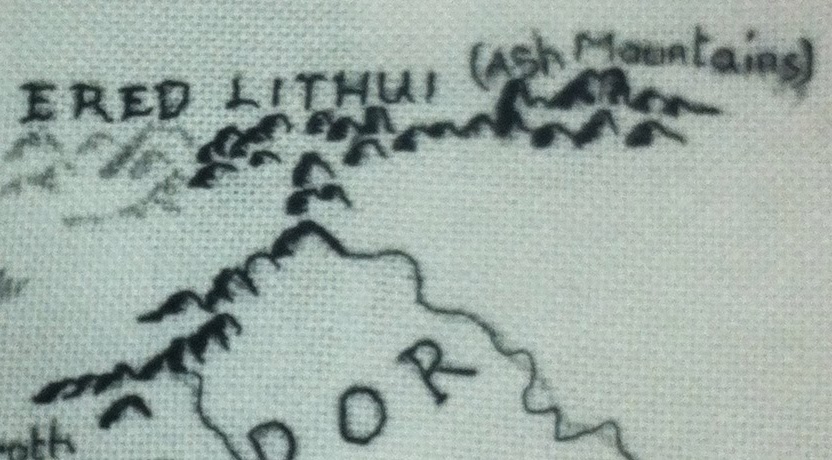 For the Ash Mountains above Mordor, I wanted something a little softer. I hoped that this would highlight that there is a difference between the mountain. I still used two strands of black thread, but I was less accurate about where I placed the needle for the shadows and I varied the shape of the shadows (not always triangular).

What do you think of the map so far? Are you going to attempt to embroider the map of Middle Earth too? It’s actually not as hard as I expected…just time consuming.

Happy reading, and watch out for more updates on my progress embroidering the map of Middle Earth!

9 thoughts on “Inspired by: Lord of the Rings, Embroidered Map of Middle Earth UPDATE”