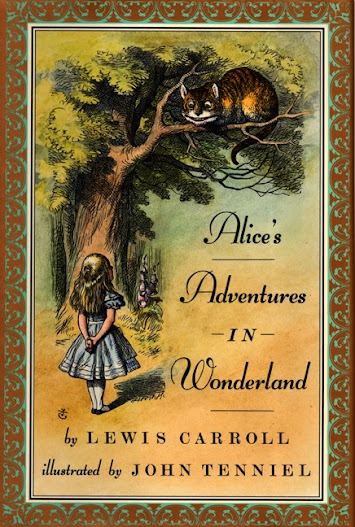 After falling down the rabbit hole, Alice starts her journey in Wonderland in a room with numerous locked doors. A tiny key appears on a glass table and Alice excitedly opens a small door hidden behind a curtain. She sees a beautiful garden behind the door but she cannot fit through. She finds a bottle labelled “drink me” and, after determining that it’s not poison, she drinks it all. Alice quickly shrinks and can now fit through the door. The problem is the door has locked itself and Alice has left the key on the glass table, which she’s too small to reach now. After finding cake labelled “eat me” she eats the cake and grows to an enormous size. In frustration she starts to cry. Alice manages to shrink herself again using a fan but she ends up having to swim in her own tears. As luck would have it, a mouse is also swimming through her tears so she follows the mouse to land. Wonderland changes without Alice realizing it and the room with all the doors disappears.

After drying off, Alice heads deeper into Wonderland and the real adventures begin. Alice meets many strange and curious creatures. She meets the White Rabbit, whom she followed down the rabbit hole because he was wearing a waistcoat and pocket watch; a caterpillar sat on top of a mushroom smoking hookah, who has a desire to know who Alice is even if Alice doesn’t know the answer; a baby who turns into a pig; a Cheshire Cat, who grins and can appear or disappear at will; the March Hare and the Mad Hatter who don’t make any sense; and the Queen of Hearts who has an obsession with ordering people’s heads to be cut off. It’s not just the creatures that are strange either, it’s Wonderland itself. The location of things change in Wonderland and Alice repeatedly changes height. Nothing makes any sense, not even Alice herself, many of the lessons or songs she recites turn into nonsense. Will Alice make it out of Wonderland? Is Wonderland even real?

Alice in Wonderland is one of my favourite books because it’s downright mad. I love that nothing makes sense and the impossible happens. Animals talk, and everyone is completely mad. Alice changes size when she eats and drinks. I find the book comical and entertaining for this reason. I think that the things the characters say are so crazy that I found it difficult to choose my favourite quote, there are so many that I love. Generally, each character says something at some point that is brilliant and everyone who has ever heard of Alice in Wonderland will recognize the words. For example, the Mad Hatter famously asks, “Why is a raven like a writing desk?” The caterpillar asks Alice “Who are you?” The Queen of Hearts says, “Off with his head!” The White Rabbit says, “I’m late”.

The Mad Hatter is a close second. I love the never-ending tea-party because it’s constantly 6 o’clock; ever since the March Hare angered Time (aka a person). It is brilliant. I like how they periodically move around the table and throw the china around. I also like how both the Mad Hatter and the March Hare talk so much nonsense. For example, they have a serious discussion about why butter hasn’t fixed the Mad Hatter’s pocket watch. I do think that they are a little mean to Alice in the book, which seems to have been toned down in the Disney adaptation and in Tim Burton’s adaptation. I think the best portrayal of the Mad Hatter is in the Tim Burton movie. Johnny Depp does an amazing job of portraying how insane the Mad Hatter is, but also bringing out the Mad Hatter’s dark side when he’s angry.

I enjoy the riddles and the questions that are included throughout the book. For example, many statements in the book are said both ways, like the Mad Hatter says, “that’s like saying I see what I eat and I eat what I see”. These were all interesting. Plus, Alice has an identity crisis and questions who she is throughout the book. She’s not sure whether she’s Alice anymore and considers whether she’s just changed so much since the morning or whether she’s actually become someone else.

While I loved some chapters in the book, I didn’t like some of the chapters nearly as much. For example, the Caucus race, the Duchess and the pig baby, and the Gryphon and the Mock Turtle. These chapters were slower and weren’t as interesting as the other chapters. I think that the story would have been even more amazing without these parts because it would have kept the pace consistent. It is interesting that these scenes are often the ones missing from adaptations of the book, so I don’t think I’m alone in disliking these parts.

I did find it really hard to like Alice. She’s so spoiled and she acts rather brat-like throughout the book. She doesn’t like it when she doesn’t get her own way and when she’s not the centre of attention. Plus, she complains a lot about being tired and fed up of changing size. Yet, after getting back to her original height, she quickly shrinks herself down again to visit the Duchess and then makes herself bigger to see the March Hare and the Mad Hatter. Also, Alice is constantly questioning everything and she can be rather stubborn about being right all the time. I like Alice much more in the adaptations of Alice in Wonderland that I have seen. Alice isn’t nearly so spoiled in the Disney movie or Tim Burton’s movie, but this may be because she is older in the movie adaptations than in the book. In the book, Alice is 5 or 6 years old, whereas in the Disney movie she must be 11 or 12 and in Tim Burton’s movie she must be in her late teens.

I’m not sure how I feel about the ending. I think at the time, this would have been a brilliant ending, but nowadays people tend to dislike this kind of ending. I won’t explain what happened, just in case there are people reading this review that haven’t read the book or seen any of the movies. I think that including even the smallest of doubt would have made the ending much more interesting.

Finally, I’d just like to mention that the illustrations in the book by John Tenniel are wonderful. They really capture the spoiled side of Alice, and the personalities of the other characters. They really bring the book to life. 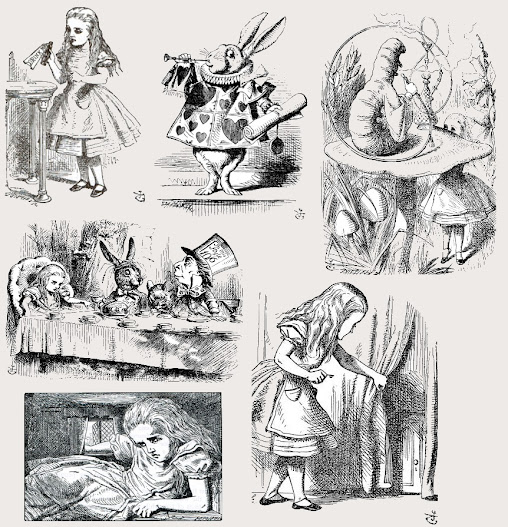 Final Verdict: A timeless classic that children and adults alike will love. Also, if you like any of the TV or film adaptations of Alice in Wonderland, you should definitely read the book!