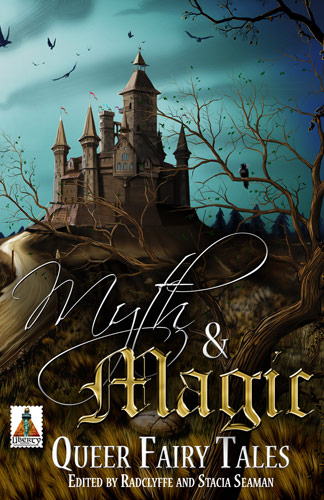 “I want to be wicked with you.”
From Bad Queens in Myth & Magic: Queer Fairy Tales edited by Radclyffe and Stacia Seaman

Final Verdict: An interesting mix of fairy tales and queer stories, but ultimately only a few stand out stories. 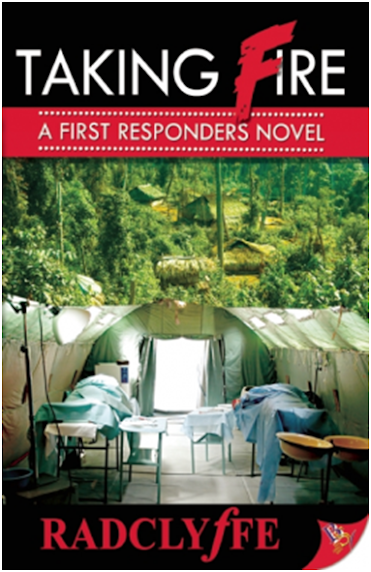 I have some fun literary finds for you today, however, they have both been such popular news that I am afraid you may have already seen them. However, if you haven’t I hope that you enjoy them, I know I did. 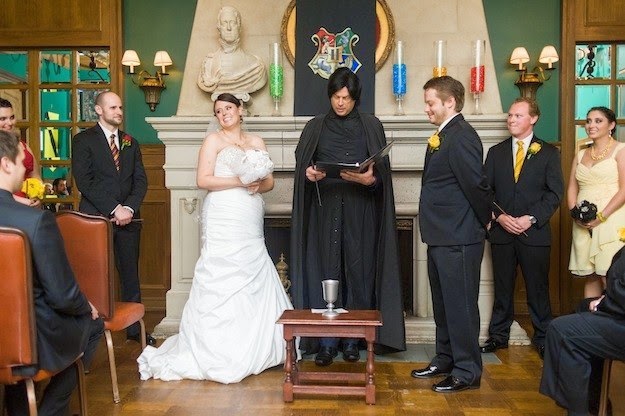 The first was an epic Harry Potter themed wedding that a couple had. It was very impressive all the details from the series that they were able to include. It looks like it would have been a very fun wedding to attend, and everyone seems to be having a great time. I think the wand wedding favors were my favorite element! 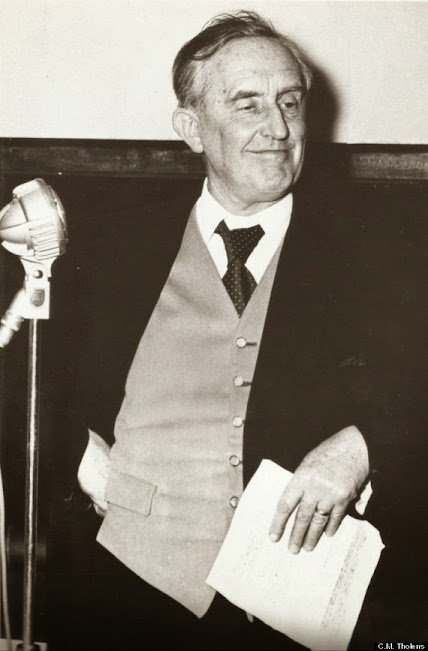 The second is truly a reason for literary people to celebrate. There have been some new unearthed recordings of JRR Tolkien from a Hobbit themed dinner. These recordings are still being cleaned and digitized, but they should be coming out soon. Apparently there is even a lost poem in Elvish that he also translates into English. I am very excited to hear this when it is finally released. The article also peeked my interest in Tolkien as a person, as I have only ever heard the basics about him (mostly because I have visited places where he once lived). 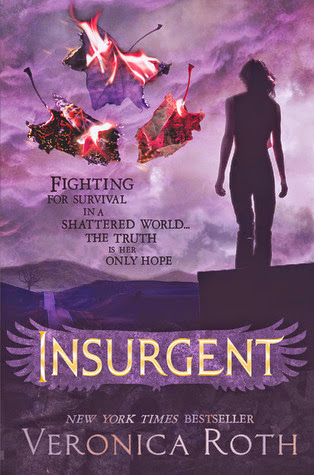 Final Verdict: Fingers crossed that Insurgent just suffers from the Second Book Syndrome, and that Allegiant will be as good as Divergent.

There is some exciting news that I am sure some of you have heard about. A group of Harry Potter fans have created a new website where you can complete the classes from Hogwarts. It is here: http://www.hogwartsishere.com/ Just as a heads up, you may need to re-fresh the page a couple times, it is having trouble coping with all the people accessing it. But keep trying. 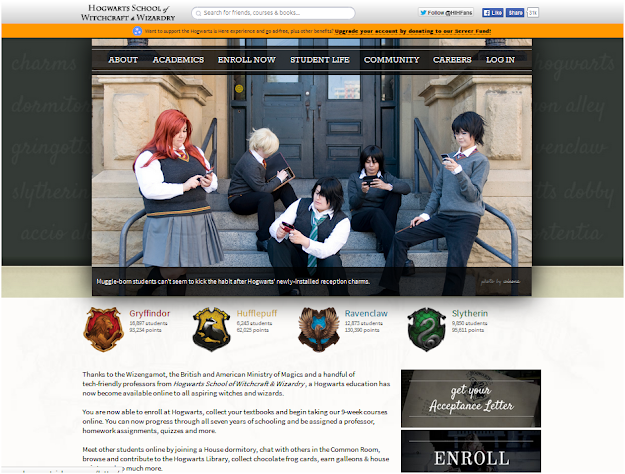 So I have only just signed up, so I don’t have a full review of site yet. However, you can sign up with your name, or a made up name. While they do not assign you a house, you choose the one you want (I used my Pottermore sorting). And then everyone starts as a first year and you enroll in classes.

Right now I have only signed up for Defense Against the Dark Arts, as I just wanted to do one class first. When they say class, they mean there are readings and essays that will be marked. While this might not be for some people, I am excited. Also it seems like there is a way to make a community within the site, where you can interact with other fans, unlike Pottermore. So far from the icons that I can see it looks like many of the participants are older, late teens-early twenties. I will have a better idea in a couple weeks, and will report back then. 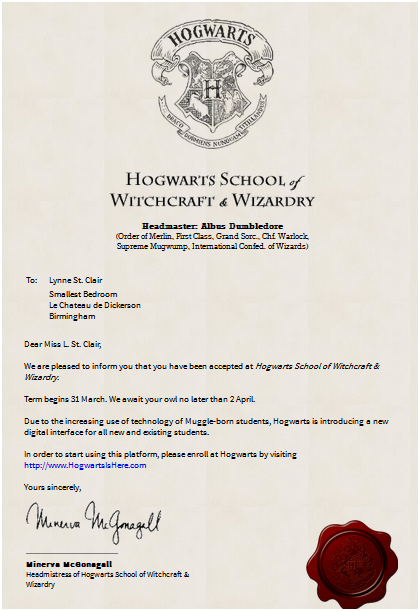 One other thing that you can do without actually joining is getting an acceptance letter to Hogwarts. You can view mine below. You get to make up the name and address. However, you can find me on the site under the name on the letter, so feel free to add me.

So will any of you be joining me in taking Hogwarts’ classes? Which ones are you looking forward to? 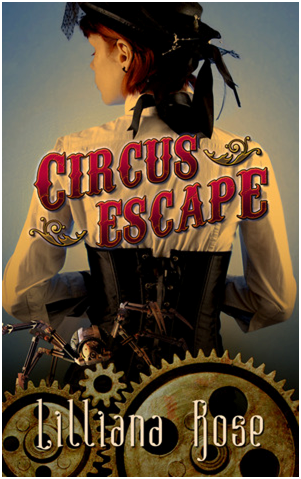 “Nessie could not believe she hadn’t heard anything about the mecha fight tonight. She loved a good battle performance, especially when it came to mechas. A circus of metal, mayhem and fights stirred the blood in her veins and made her feel alive.”
Circus Escape by Lilliana Rose

Final Verdict: Unless you receive a free copy, just skip Circus Escape and read some fanfics from your favorite fandom instead.

As many of you will already know Divergent has come out into the cinemas in the USA (not til 4 April for the UK). Both Frances and I have read the first book in this series and really enjoyed it. But we are always worried about movie versions of books we like, and the trailers for this movie have us a little worried. However, we still plan to see the movie soon, and will report back then. Until then, here is some news about how the films has done, some stuff to get you excited, and then for those who have seen the movie or are ok with a bit of spoilers an article about how the movie and the book differed! 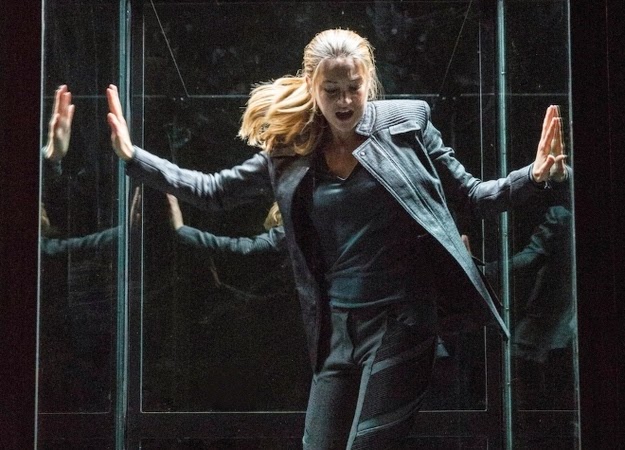 So first off, the good news is that the movie appears to be doing well in the box office. It topped the USA box office this weekend, and took 56M (Source). However, other sites have pointed out that while this is good, it did not top Twilight or the first Hunger Games movies (Source). Unlike the other two movies it seems that only 50% of those seeing the movie this first weekend have read the book. This is rather interesting, as I (and it seems those in charge) are not sure what this means, except that it has marketed itself  well. It will be interesting to see if the movie can hold onto the top spot at the box office for a couple more weeks. 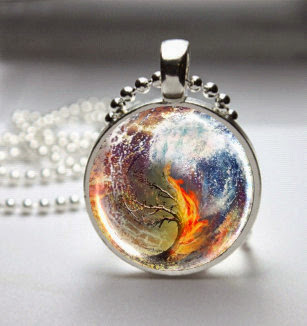 Second thing I found was a list of 30 Pieces of Jewelry Inspired by Divergent. There are some really cool wearable pieces. I think if I was more invested in a certain faction I would be tempted by some of these beautiful things, but so far only the Divergent faction/grouping seems to interest me. 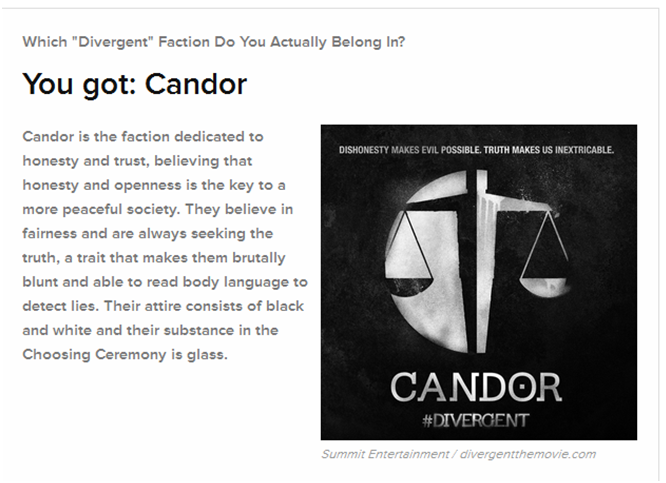 Similarly, you can take a test to discover what faction you belong in (click here to find out). As interesting as the quiz was, I think it is a bit poorly put together, as it is rather clear on most of the questions which faction is which answer. And I have no idea if there is a divergent category or not. Still it is a neat way to pass 5 minutes. Clearly I must not have agreed with my sorting!

Lastly, for those of you who have seen the movie, or do not mind some spoilers, there is an interesting article on Yahoo that compares some changes from the book to the movie, read it here. I liked the article as it pointed out some of the things that I had seen and been bothered by in the trailer. If it is to be believed, it means I should be happier overall with the movie compared to some other book to movie adaptations.

So are you guys excited about the Divergent movie? Have any of you seen it yet? Are any of you planning on seeing it? 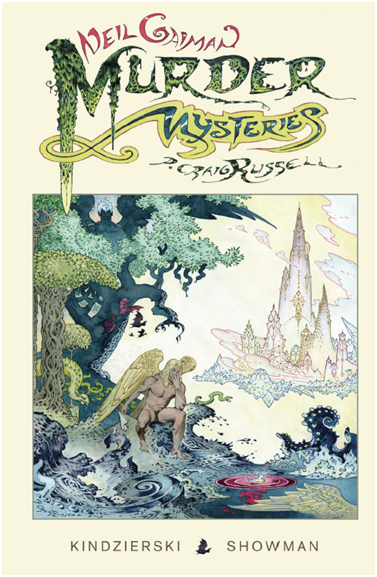 “I am Raguel, who is the Vengeance of the Lord. I serve the Name [God] directly. It is my mission to discover the nature of this deed, and to take the Name’s vengeance on those responsible. My questions are to be answered.”
Raguel in Murder Mysteries by Neil Gaiman and P. Craig Russell

Final Verdict: A fascinating quick read with some Neil Gaiman twists and darkness!

This week, two of my favorite authors made announcements that I thought I would pass on to you guys. Then a third author was the subject of a rather “interesting” criticism, that I just can’t help weighing in on! Best yet, is that I realized I have met all three of these wonderful women! 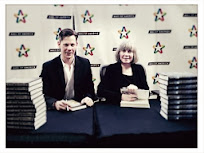 First up is Anne Rice. She announced that she will be on her son’s (author Christopher Rice) podcast show on March 9. This in and of itself is not that exciting, but what she is going to talk about is. She has said she will release the official details about her next novel on the show. Read more about the show and her upcoming announcement here. Additionally, Rice has been making waves by taking on many internet bullies/trolls in several ways. I will have a post about this coming out soon, so look for that!

Second to make an announcement this week is Robin McKinley. While I was hoping for a new book, she has instead been given the honor of being asked to be the Guest of Honor at Boskone (a science fiction convention hosted by the New England Science Fiction Association (NESFA) in Boston, Massachusetts). This is very exciting news for you American readers, as McKinley doesn’t do many book events, and especially not in the USA. Having seen her in London in 2011, both Frances and I would recommend reading her books and meeting her! You can read her amazement at the honor here on her blog.

The last author that was in the news this week was JK Rowling. In a very strange move, novelist and copywriter Lynn Sheperd, wrote a rather scathing opinion about Rowling. You can and should read the article here. It is a very strange move, especially as she opens with a note that her friend told her it was a bad idea to write this piece. The article titled, “If JK Rowling Cares About Writing, She Should Stop Doing It.” I will admit it was very hard for me to keep a level head while I read the article, but it was hard when Sheperd not only attacks Rowling, but those of us adults who read “children’s” novels. Sheperd’s basic argument is big names in adult (she doesn’t care about children’s or YA novels or their authors) literature should step aside and let new people try their luck. Unfortunately, I (and most commentators) do not believe that publishing is a zero-sum game. Instead big authors get people’s initial attention and then cause the readers to look for similar titles, thus bringing attention to the newer writers. Not only are Sheperd’s arguments feeble, she judges Rowling’s works without ever having attempted to read any of her works. Basically the article comes across as another author being bitter and delusional. Worse it has probably done the opposite of what she wanted, she has angered many readers, who will most likely never give her books a fair chance (I know I feel rather personally insulted by the article and have no wish to read any of her work).

What did you guys think of the article about Rowling? Are you excited about Rice’s or McKinley’s news? 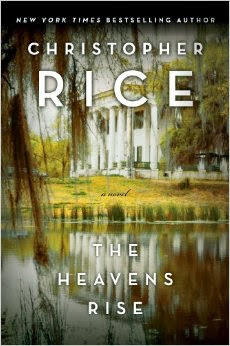 “Niquette is living proof that things done can’t be undone. Nothing will put her family back together again. And nothing can save her. But as Niquette, Ben, and Anthem uncover the truth of a devastating parasite that has the potential to alter the future of humankind, Niquette grasps the most chilling truths of all: someone else has been infected too. And unlike her, this man is not content to live in the shadows. He is intent to use his newfound powers for one reason only: revenge.”
The Heavens Rise by Christopher Rice

Final Verdict: A slow read that’s ultimately mind-boggling. You’ll either love it or hate it.

For the full review, click the name of the book and scroll to the bottom for Frances’ second look at The Heavens Rise.