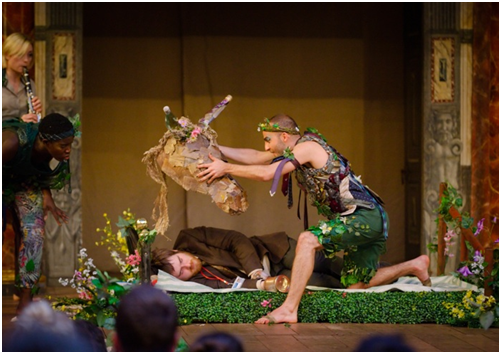 “Shall we their fond pageant see?
Lord, what fools these mortals be!”
Puck in A Midsummer Night’s Dream by William Shakespeare

Final Verdict: A unique experience that is great for those open minded people, regardless of whether you can understand British Sign Language or not! 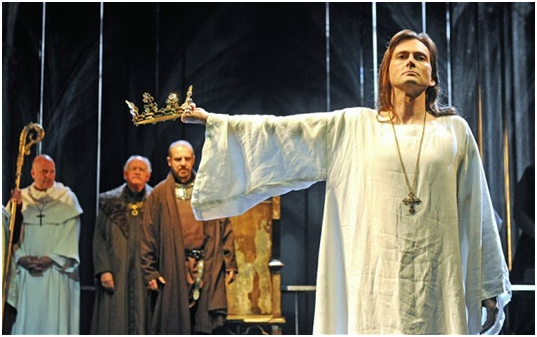 “This royal throne of kings, this sceptered isle, This earth of majesty, this seat of Mars, This other Eden, demi-paradise, This fortress built by Nature for herself Against infection and the hand of war, This happy breed of men, this little world, This precious stone set in the silver sea, Which serves it in the office of a wall Or as a moat defensive to a house, Against the envy of less happier lands,–This blessed plot, this earth, this realm, this England.”
Richard II by William Shakespeare

Final Verdict: A great adaptation, with some amazing monologues that David Tennant was able to bring to life.

We are back from our Easter break just in time for a very special birthday. Today marks William Shakespeare’s 450th birthday! His plays are the most preformed plays in the world which we can still appreciate today. Sometimes he is considered the greatest writer in the English Language, and England’s national poet. Many of the words and phrases that we use today were first used by him. He was born to a glove maker and rose to count two different monarchs as his patrons.

I have been truly lucky these past few years to experience so many of his plays in person. My love of Shakespeare can be traced back almost 15 years now. My goal is to see a performance of every play written by Shakespeare )excepting of course those lost to time). I am well on my way, but I still have 17 left (I have tickets to see 3 of these already). So I have some Shakespeare that I have not yet had a chance to experience.

I thought I would share some clips from Shakespeare’s plays this year in stead of sonnets. Hopefully, for those who are not fans, you can appreciate his work, even if you never like it!

First is a condensed scene from Much Ado About Nothing, starring David Tennant and Catherine Tate. It is probably my favorite version (so far) of the play. This scene is where some friends trick Benedick into believing Beatrice is in love with him, and he realizes he loves her, too! She has not been tricked yet by her friends, so she is her usual hostile self at the end of the scene!

Next is a clip from Twelfth Night starring Mark Rylance (as Olivia) and Stephen Fry (as Malvolio). I was fortunate enough to see this play in  person, which was a treat as it was my first experience with an all male cast! In this scene Malvolio is dressed funny because he believes a letter telling him to do so was from Olivia. She knows nothing about the letter so is very confused by the change in him!

This third clip is from The Tempest, which was the very first play I ever read by Shakespeare. In this version the lead male part has been cast as a female with just a minimal change to the name, Prospero to Prospera. Helen Mirran plays this lead, and in this scene at the the end of the play she is giving up her magic as she has achieved what she wanted.

Lastly, one of the best current actors of Shakespearean works is Ben Whishaw (although Tom Hiddleston is trying to take this over I think!). While he plays an ethereal Ariel in The Tempest, I absolutely loved him in Richard II in the Hollow Crown tetrology. In this clip he is being forced to relinquish his crown formally, and it is tearing him apart.

Now these are just a selection of the Bard’s work, and not even all of my favorites. What are some of your favorite works, actors, and versions? 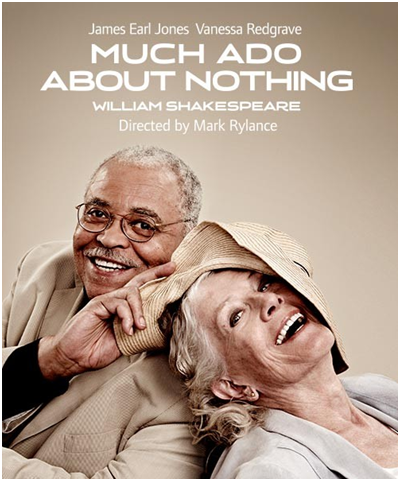 Title: Much Ado About Nothing
Written by: William Shakespeare
Where: Old Vic, London, England
When: 26 October 2013

“Some Cupid kills with arrows, some with traps.”
Much Ado about Nothing by William Shakespeare

Final Verdict: A disappointment all around and the only saving grace is the script that is over 400 years old. Watch a better version on DVD. 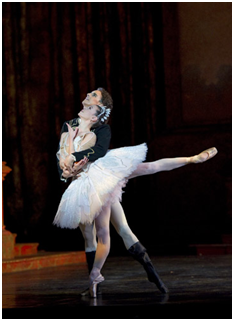 Final Verdict: Unless you are a huge fan of any ballet, give this one a pass, especially with kids or a date that is uninterested.

There has been some really neat Shakespeare photos and videos released or complied this week. Being a fan of Shakespeare’s works, I decided you guys should see these, and get as excited as me! First I have to start with some photos of Tom Hiddleston training with a sword for Coriolanus. I was super sad that the show was already sold out several months ago when I tried to get tickets. However, many of the local cinemas will be broadcasting a show, so I will probably watch it that way. However, of all the news this week, this was probably the most interesting for me, as I used to be part of a Stage Combat group (Ring of Steel from Ann Arbor, Michigan) that trained with weapons for performances! You can view the full photo set here, and see my favorite below. 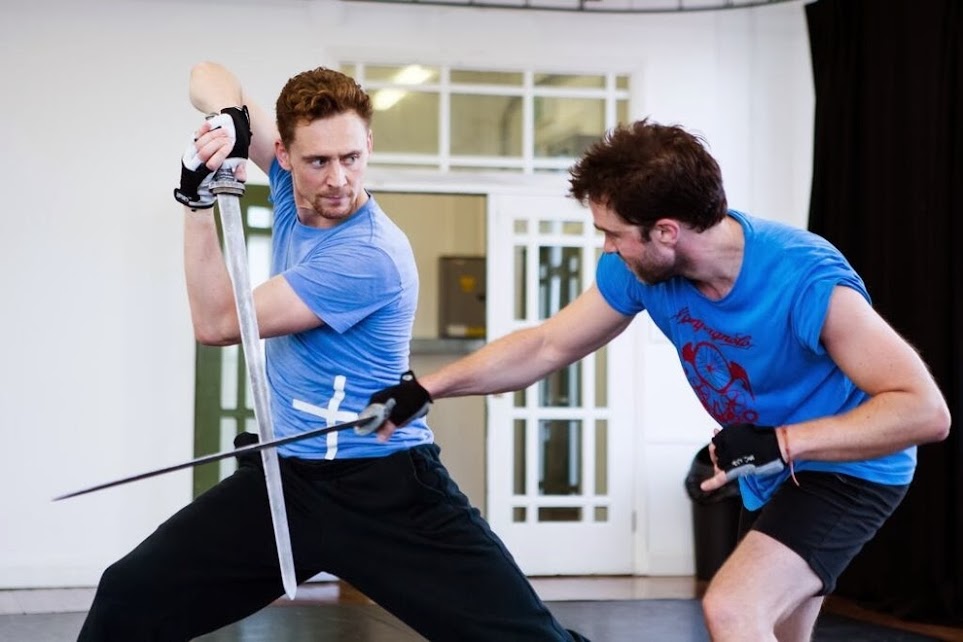 Another one of my favorite leading men in Shakespearan roles, there were lots of pictures of David Tennant this week as he prepares to star in Richard II. Frances and I were lucky enough to get tickets to a show later this month in Stratford-Upon-Avon! I am super excited to see behind the scenes. While most over at the RSC website you can view video diaries of the cast and crew, interviews with David, photos of other shows David has acted in, and the trailer for the show. While this is the stuff I am most excited about, most news this week was on Tennant’s hair. It seems for the role he has added mid-back length extensions to his hair. This is in preparation for this play, so I am really curious to see this hair in person. From the back though, his new hair looks scarily like my hair did in high school! You can see more of the hair here. 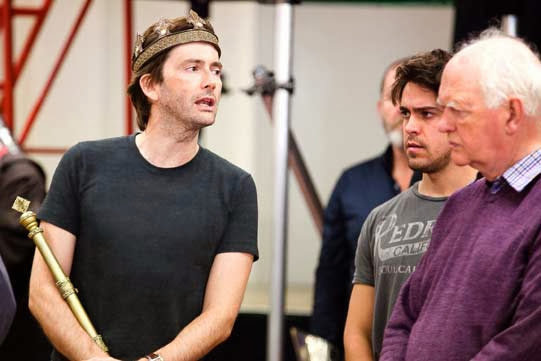 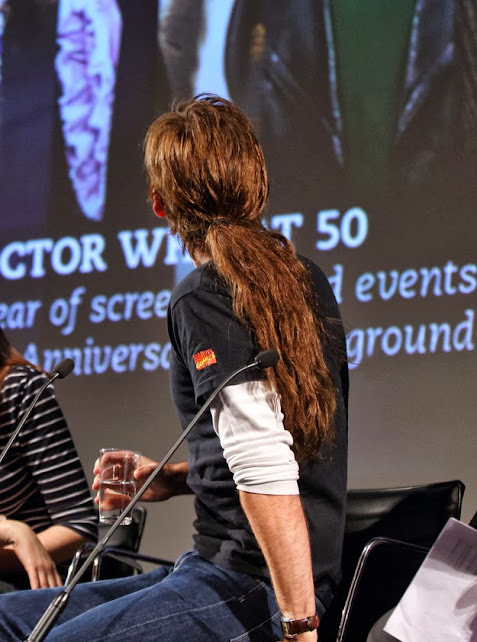 Rounding out the leading men in Shakespeare trio, was a neat piece on Ben Whishaw over on Buzzfeed. You can click here to find out 20 ways he will melt your heart. I will admit I know very little about him outside his acting, but his acting is terrific. I loved him as Ariel with Helen Mirren’s Prospera in The Tempest. He was also my first introduction to Richard II, in the Hollow Crown adaptation of the play. Honestly, I could not have told you it was the same actor! I highly recommend the four movies of The Hollow Crown, as not only is Whishaw amazing in it, but Tom Hiddleston plays Henry V and Jeremy Irons plays Henry IV (and there are so many other great actors).  Whishaw is probably best known by people as the new Q from James Bond. Below are some pictures of how differently he portrayed the two parts I talked about! The first is him as Ariel when it is scaring some people. Ariel is disguised as a Harpy (rather than its normal fairy-like self), and is rather convincing in tricking the people into thinking they are mad!

This second photo is Whishaw as Richard in all his finery. 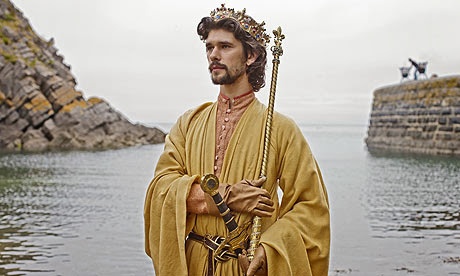 Lastly, the RSC has released a wonderful interview with the two leads from their recent adaptation of As You Like It. I saw and really enjoyed the play. It was a really incredibly put together play. It was neat to see the two leads, who I have seen in many plays now, as themselves and not in characters! Unfortunately, I think the run of the play has ended, but it should be coming to DVD sometime (I think). 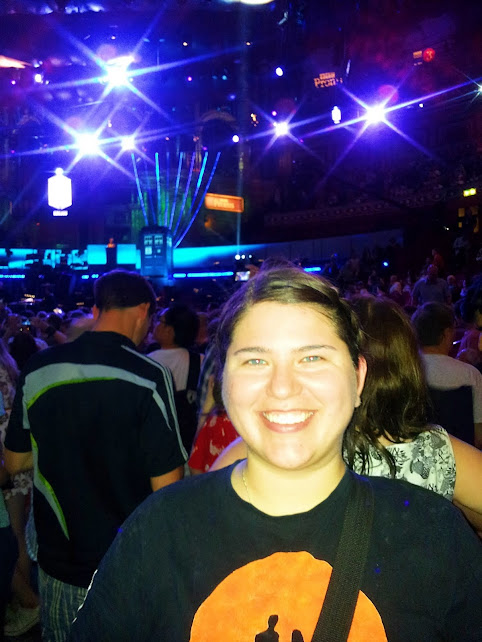 “And as we stumble down our slow road I can’t but wonder what would it be like. To run away with you through time, where would we go, who might we find. But on we go, cutting our paths, only one way, one day at a time, while you embrace the universe, spinning your way on the fast road, limitless endless.”
Song for Fifty by Murray Gold

Final Verdict: A wonderful experience for any fan, and a truly amazing concert.

Title: The Ocean at the End of the Lane Radio Play
Novel by: Neil Gaiman
Abridged by: Doreen Estall
Read by: Michael Sheen
When: July 2013 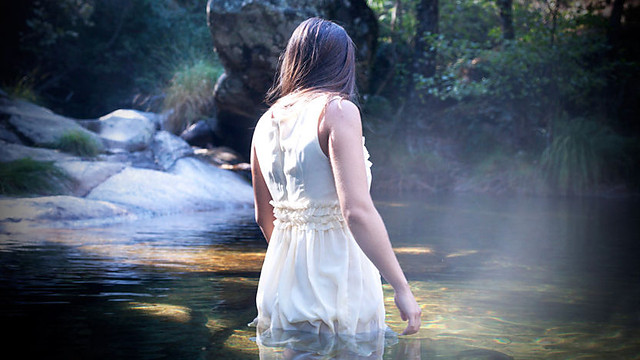 “She was much older than me. At least 11. She had a soft Sussex accent, grey-blue eyes, and a freckled face.”
The Ocean at the End of the Lane Radio Play by Neil Gaiman

Final Verdict: A good adaptation of the book, and a great reader. 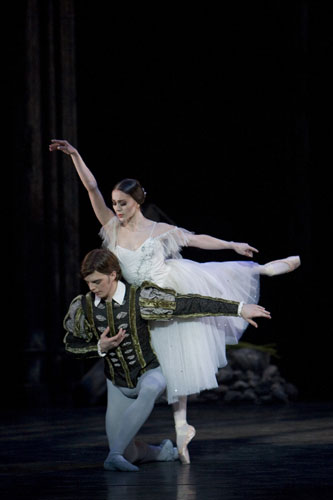 Final Verdict: A beautiful ballet, and a good way to end a season of ballet tickets. 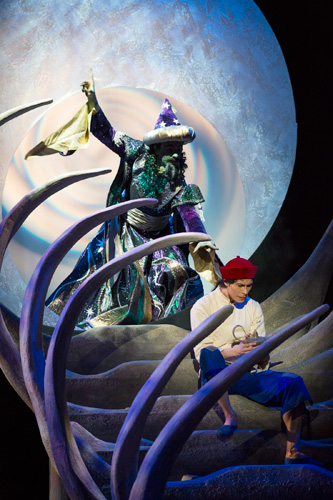 “Three wishes, to be exact. And ixnay on the wishing for more wishes. That’s all. Three. Uno, dos, tres. No substitutions, exchanges, or refunds.” Genie, Aladdin, Disney Movie (1992)

Final Verdict: Not one of our favourite ballets, but worth seeing once in your lifetime.