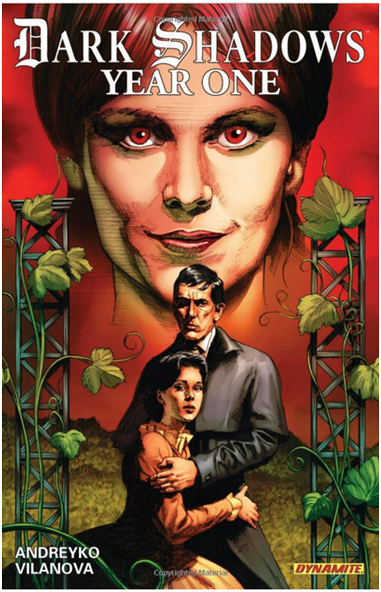 “I can’t believe that it has come to this. Although I had longed for this day to declare my undying love in front of God, in front ofmy family and friends, bonding out souls for all eternity. I just never expected this day to be with…you.”
Barnabas in Dark Shadows: Year One by Guiu Vilanova and Marc Andreyko

Dark Shadows: Year One is the story behind how Barnabas Collins became a vampire, and the other tragedies that happened to his family. This is a tie in to either the Dark Shadows movie or the original TV series. In both of those we only meet Barnabas after he has been turned, but this takes us back to the chain of events that caused his transformations. He was once happily engaged to the love of his life, but after encouragements from his friend he slept with the bar maid at a tavern one night. He hopes he will never see her again, unfortunately she shows up in his life again and is determined that he will be with her, and if he doesn’t he and all those he loves will pay the consequences. Even worse is that this woman with a vendetta is a witch! 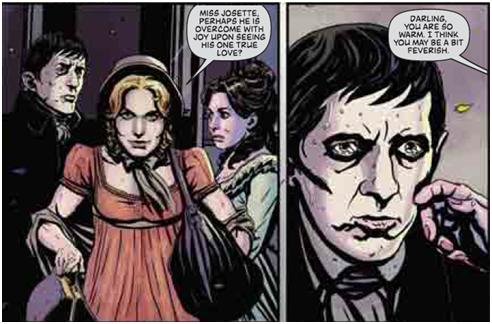 I am not that familiar with the TV series, Dark Shadows, and have only seen the movie once, so I am not overly familiar with the characters in this comic. Worse for me is that the artwork seems to imply that this is more closely tied in to the TV series rather than the movie (mostly based on Barnabas’s appearance). Also it has been over a year since the movie came out (which did not do that well in cinemas) so I am a bit confused on why it is coming out now, unless there is going to be a while series based on Dark Shadows.

The first thing that really struck me while reading was that besides one minor character, I really didn’t like anyone in the story. They are very flawed and not actually that likeable. To be perfectly honest, I had trouble remembering who was who. It really didn’t help that the family ages seemed to be really out of sync. By this I mean Barnabas looks older than his mother and has a sister who looks almost 20 years younger than him, and he is also best friends with his uncle who looks about the same age as him. This made it really hard for me to figure out who everyone was. 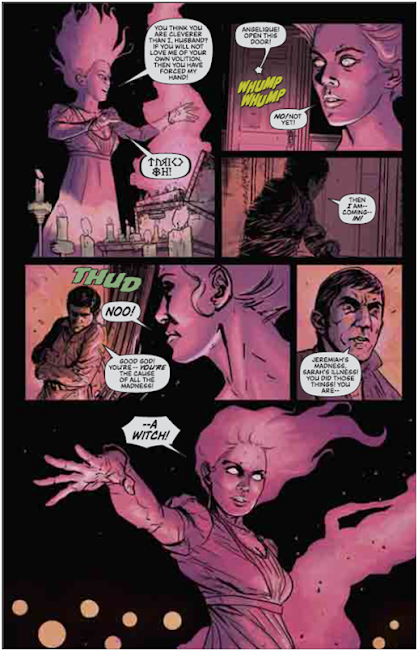 As far as the plot goes, it did help flesh out the little bit I knew from the movie. The main cause of events is Angelique’s (the witch) obsession with Barnabas, and yet we never find out why she has fixated on him. While he did sleep with her, she seemed fixed on him from before that, and yet we are given no hint as to why. Yet it is this infatuation that causes all the pain and death the family suffers. This left me a bit angry as it was just so unfathomably.

Barnabas as a main character was rather a letdown, but then he was the same in the movie for me. There is nothing really that unique or redeemable about him. I think this also confuses me as to why he is so attractive to Angelique (and his fiancé Josette). He never seems that interested in his family, which makes his determination to see the name restored in the TV series and movie rather baffling. He does have some difficult decisions and situation to take on, but he seems to go with the flow and never really fights back. 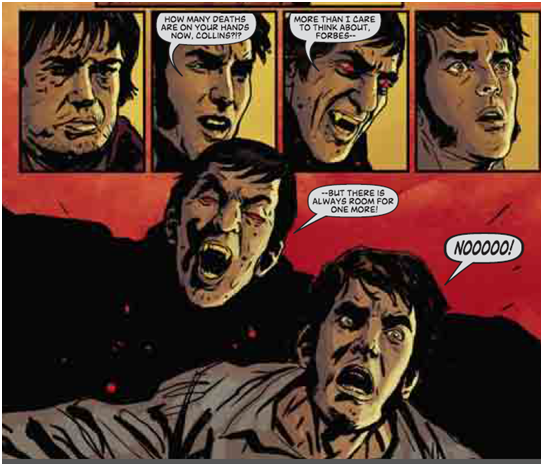 The artwork was alright. It was never horrible and it never took my breath away. Also I am not sure if it was just the advanced copy I received or the actual art work, but the pictures were all rather pixilated and fuzzy while the text was perfectly clear. I did like the color palate that was used, that gave it a feel of being in the past a bit. However, I prefer a little bit more aesthetic art and clearer rendering.

Final Verdict: Interesting to read, but probably not enough to draw you in if you weren’t already interested in Dark Shadows.