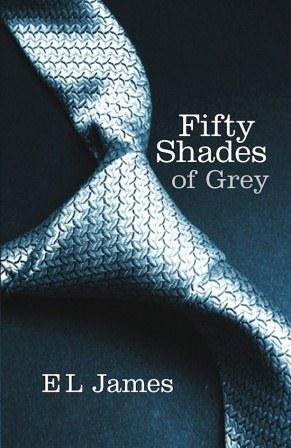 EL James has become the bestselling author of all time on Amazon.co.uk, even surpassing JK Rowling. According to the Huffington Post, “the EU director of Kindle, Gordon Willoughby said: “If JK Rowling was the literary phenomenon of the last decade, then EL James looks certain to take that mantle in the current decade.” I’m actually surprised that Willoughby compared EL James to JK Rowling! They are nothing alike, and I’m outraged that this comparison would even be made. I think by the time you have finished reading this review you will understand why.

You might be wondering at this point, why I even picked the book up. Well, I first heard about Fifty Shades of Grey because it supposedly started off as Twilight fan fiction, called Master of the Universe. I was interested to read Fifty Shades of Grey to see whether there were any similarities between the two. I have to say, in my opinion there are a lot of similarities.

Second, Ana has a best friend named Jose who is in love with her, but she is not in love with him. Christian is jealous of Jose and keeps Ana away from him. This love triangle is very similar to the love triangle between Bella, Edward, and Jacob (Bella’s best friend). Although, I question EL James’ decision to have Jose force himself upon Ana. Although, nothing actually happens, it is a close call. There is no consequence for Jose either. Ana forgets this happens after a few weeks! Jacob is pushy in Twilight and he does forcibly kiss Bella, but that’s about it. Plus, Bella punches Jacob for it. The scene between Ana and Jose was pretty shocking to be honest. Neither books send a good message!

Third, the whole obsession with food is in Fifty Shades of Grey and Twilight. Both Christian and Edward are obsessed with making Ana and Bella eat food. When Ana and Bella don’t eat, both Christian and Edward are angry. I thought Twilight would be the only book to pause in the pace of the book to describe, in detail, all the food Bella was eating. I was wrong. Fifty Shades of Grey does it too.

I’m sure there are many more similarities between Twilight and Fifty Shades of Grey that could be found. These are just a few to make a point.