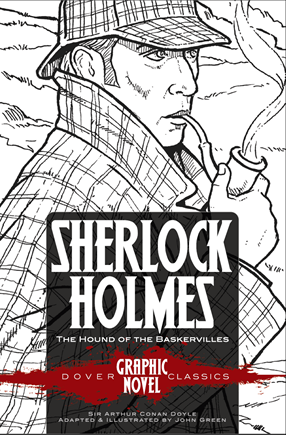 “”Footprints.”
“A man’s or a woman’s?”
Dr. Mortimer looked strangely at us for an instant, and his voice sank almost to a whisper as he answered: “Mr Holmes, they were the footprints of s gigantic hound!””
The Hound of the Baskervilles by Sir Arthur Conan Doyle

Sherlock Holmes: The Hound of the Baskervilles follows the plot of the original story by Sir Arthur Conan Doyle. In this adventure the famed detective Sherlock Holmes and his friend and occasional assistant Dr. John Watson head to the Devonshire moors to try and investigate a family curse and try and save the last Baskerville heir from a hound-like beast.

For as short as this adaptation is it is a rather accurate abridgment of the original. Some of the original dialogue is still there, including my favorite exchange which you can view below. However, there were also points where things jumped a bit, and it might be hard to follow or understand if you have not read the original material. The good news is that because the original story was so strong, there was little chance of this not being interesting as well. 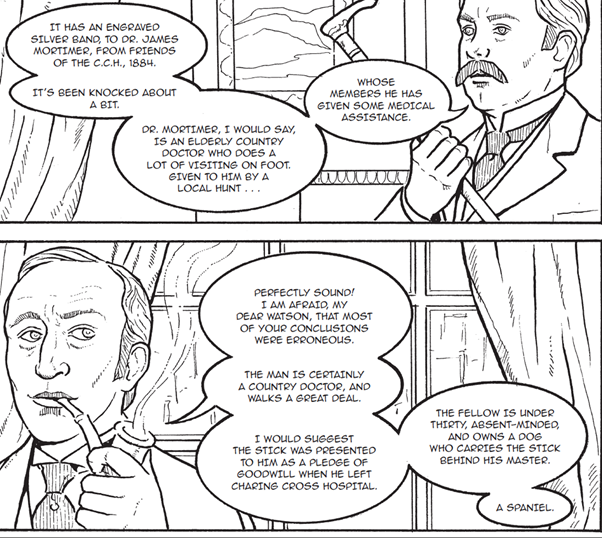 The trouble with this book is I cannot tell who the intended audience is. The plot is a bit advanced and complicated for kids. The artwork is not that inspired and while I like adult coloring books, this one has no appeal to me to color in. If it was meant for kids it feels like the plot should have been more streamlined or simplified. If it is meant for an adult coloring book, I think they would have been better served to have larger blocks of text and then more elaborate or interesting pictures filling up whole pages. Part of dislike for the art is that with lines only it is very hard to tell the various Victorian men apart, especially when you only see part of them. It made it a bit confusing to tell who was talking or even who was actually present, and I know the story. 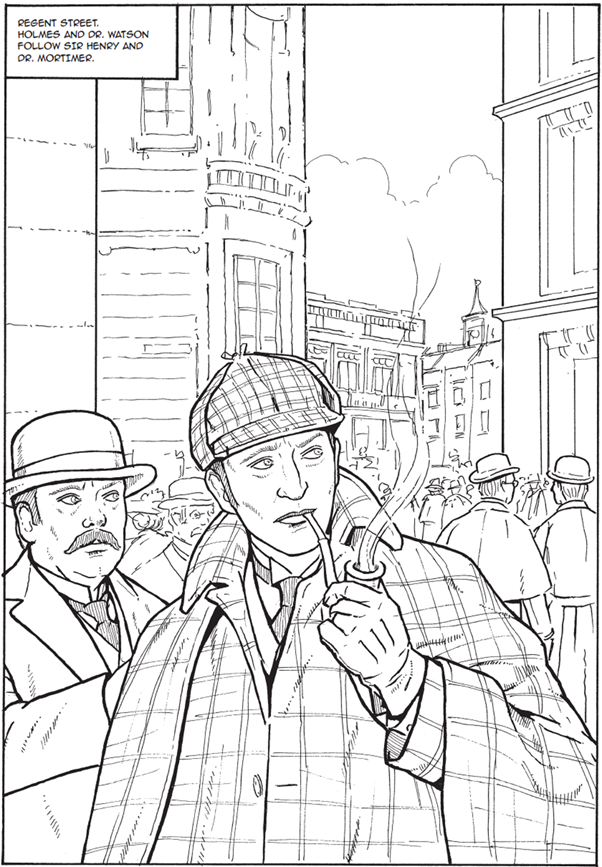 So while an interesting read, I am not sure who I would recommend this for. Probably some older kids and fans of Doyle’s work will be those best served by this story, but it was not one of my favorite adaptations.

Final Verdict: An interesting take on the classic story, but ultimately failing to make a connection with the audience.