Continuing on from my posts already thus week, I wanted to share more news from SDCC. As I am a big fan of movies and comics the news that I am sharing today was really interesting to me, and hopefully you guys agree! 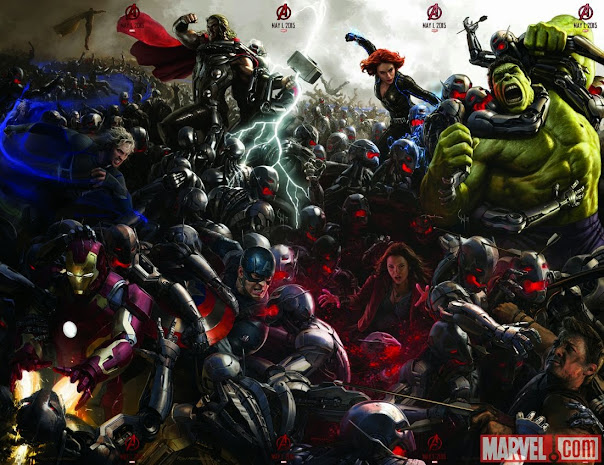 First up is all the news trickling out about The Avengers Age of Ultron. Apparently there was a trailer show, but that has not be released out to the general public (although there are descriptions for those who are inclined). What they have released are mini-posters for each of the characters, and when combined it forms a large image. That is the picture above. It shows the team, and some new members, fighting robots and being overwhelmed. It looks epic, and it gives some nice glimpses of The Vision, Scarlet Witch, and Quicksilver, as well as all the previous ones. You can click here to see more details. 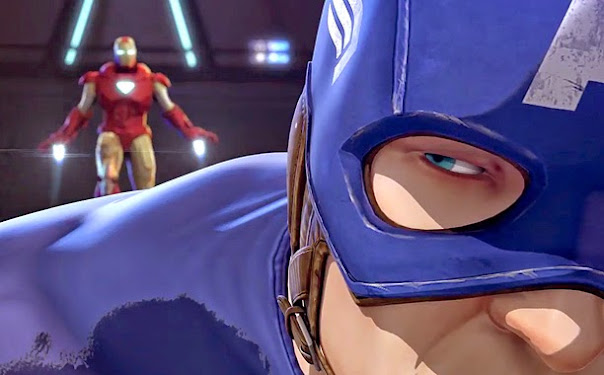 Related to that is that there will be a Captain America and Iron Man animated movie coming out before The Avengers Age of Ultron. The movie will be 71 minutes and is called Iron Man & Captain America: Heroes United. There is a great trailer for it that you can watch here. I love the interactions between these two heroes and I will be checking out the movie! 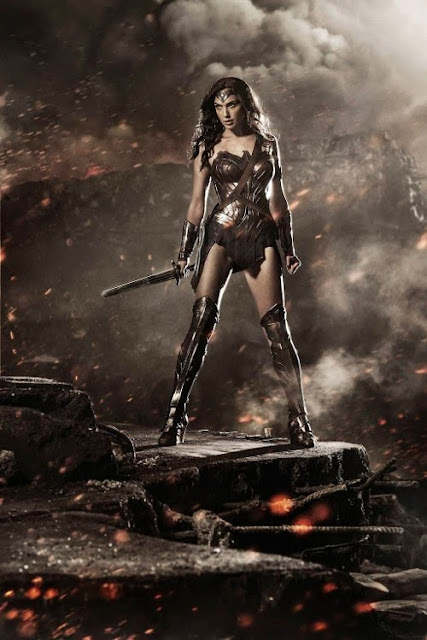 Another big reveal by posters is the look of Wonder Woman for the upcoming Batman vs. Superman. You can see more info here. I really like the costume, it looks pretty good. However, until the trailers come out, I am still not that interested in the movie. I am still not sold on the Batman costume, and I still don’t like Superman. 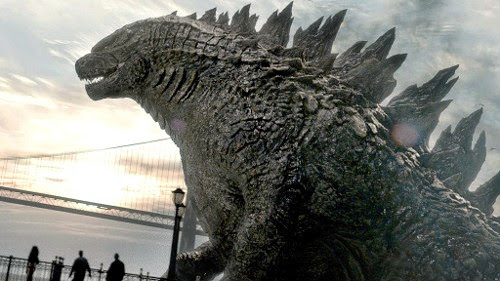 Lastly, is there is news about the next Godzilla movie. They have revealed the foes that Godzilla will be fighting with in the next movie, and they are some big ones. You can read about it here, but the big three are Mothra, Rodan and Ghidorah. I am super excited for Mothra and Ghidorah, as I remember them from the old movies. Hopefully with the second movie the director will stay away from trying to add drama ans just stick to the monsters!

What do you guys think of these teasers that we have gotten?

Very exciting comic news has happened over the past week thanks to Marvel. The most exciting, for me at least, is the release of the first official pictures from the next Avengers movie, The Avengers: Age of Ultron. You can click through to see the pictures here. Looks like most of the main characters have had slight changes to their costumes (most notably Captain America and Hawkeye). I have been trying to avoid plot spoilers/summaries, but the pictures look great. I just hope it can live up to how much I enjoyed the previous movie! 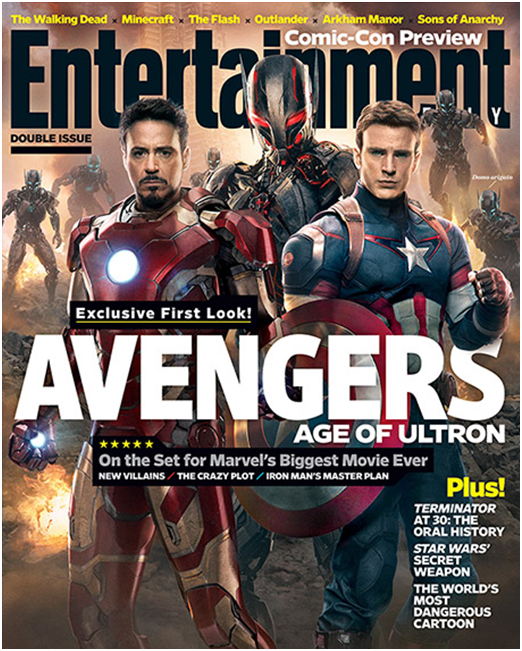 Second, and this was super surprising, marvel has announced that in the comics Thor will now be a woman. Instead of having a gender reassignment, the current male Thor will become unworthy and loose the ability to wield Mjolnir (his hammer), and instead one of the woman around him will be deemed worthy and when she picks it up will become the new Thor. I have mixed feelings about this, but mostly happy. I am excited that Marvel is making this happen, even if there is already presidents of others  wielding Mjolnir and gaining the powers (including several women such as Black Widow and Storm). It would be great to see a female superhero. However, I have some concerns on the writer and why we don’t get a new hero. So for now I am cautiously optimistic, and trying to decide how the male Thor becomes unworthy (I am hoping it happens in Original Sin which he is in, and I am reading because of Loki!). To read more on Thor you can click here. 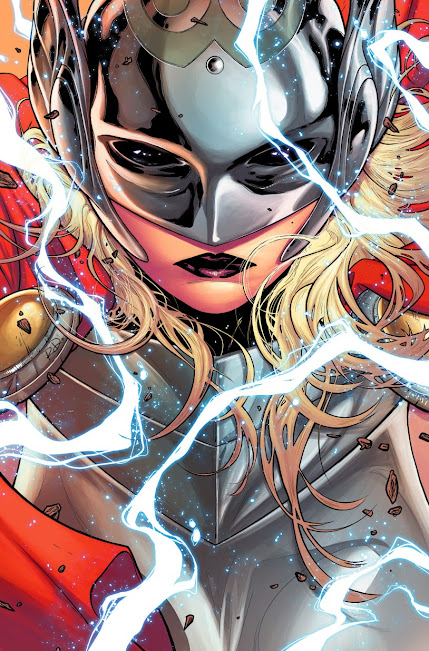 Last news came right on the heels of the Thor announcement, and that is that in the comics we will be getting a black Captain America. The announcement that Sam Wilson AKA the Falcon (played by Anthony Mackie in Captain America: The Winter Solider) was released on the Colbert Report which you can read about here. I am excited to hear this, as Sam Wilson is an awesome character. There have been several times in the comics where other characters have taken up the mantle of Captain America from Steve Rogers, most notably Bucky Barnes. I think it shows some real catching up with the times that Marvel will now have a female and a black lead in some of their most popular series, I just wonder how long it will take DC to catch up (even if I do love DC for Batman and Batwoman!). 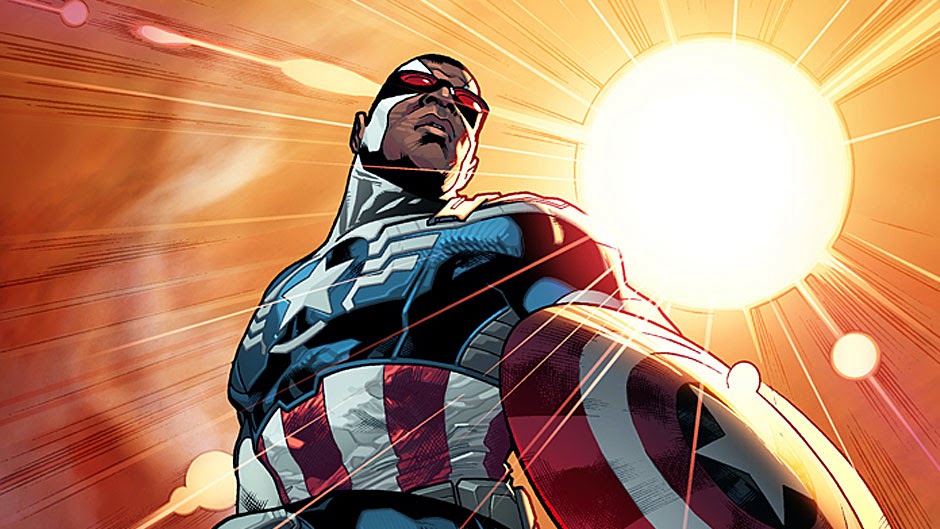 So are you guys excited about all this comic based news? I know I am, but also still a bit worried that it will fall short of my expectations!

Usually I try to have a theme to the news articles I share on a single day, but today it just wasn’t happening. I wanted to share my finds, but none of them really go together, so just roll with it! 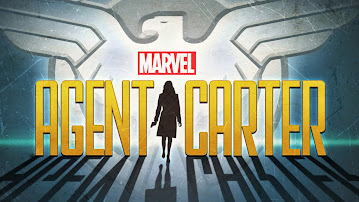 The first news, is that ABC has commissioned the series Agent Carter which will follow Peggy Carter from Captain America: The First Avenger. The actress who player her n the movie is set to star, and it will fill the time gap when SHIELD is on break. You can read more about it here. Also there is a 15 minute short that shows what we might expect with the series. If the series is similar to the short, I am all in!

Next up, is that the trailer for Constantine, the upcoming NBC show based on the comics, has been released. You can read more background information here. You can watch the trailer below. I have to say I am liking what I am seeing. It is much closer to the character I have seen in the comics (the few times he has popped up in the series I was reading). It will be very different from the Keanu Reeves movie, but I think that will be ok.

Third find of the day, is that Hunger Games: Mockingjay is already filming. It makes sense when I stop to think about it, but it just seems so soon after the last movie. You can see some of the pictures on the Buzzfeed article here. 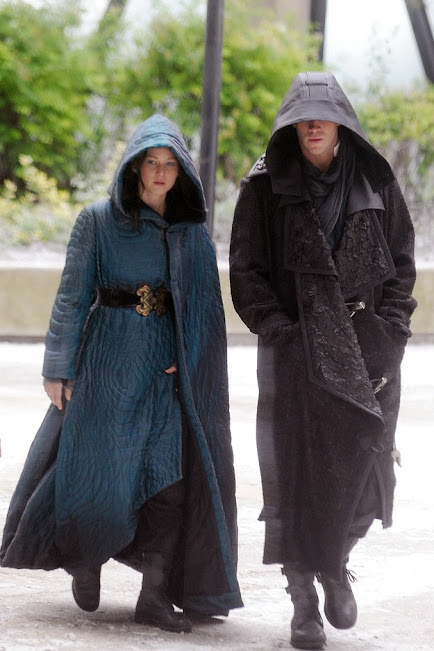 The last news is from the Globe Theater in London. Apparently, the current staging of Titus Andronicus is bloody enough that several people have already fainted while watching it. Right now I have not decided if I want to see the play or not, as I have just seen it performed recently at the RSC (my review here), and it is not a very nice play. However, with the threat of fainting, I am very tempted! You can read more about the staging and the patrons’ reactions here. 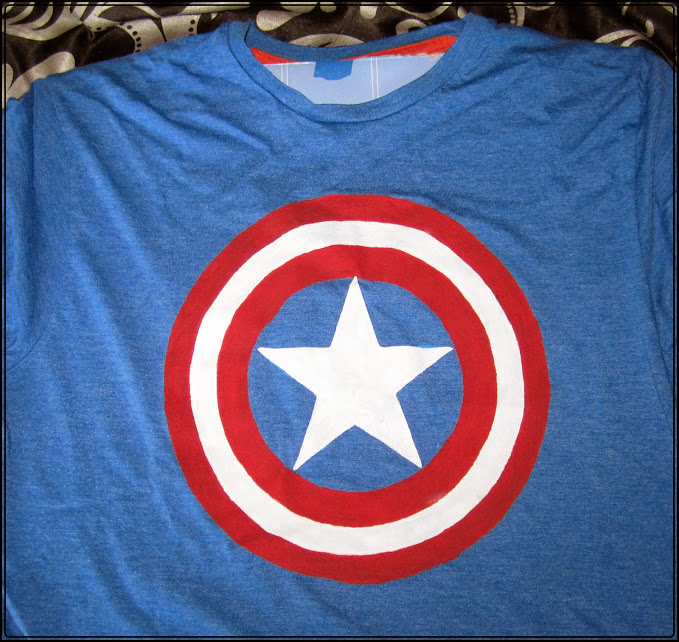 Final Verdict: One of my favorite shirts to wear on a casual day!

For more information about this Inspired By project, click on the link at the top.

Just a quick post from me today, as I am busy catching up on work after being out of town for part of last week. But I just found a great article on Yahoo that has 86 jokes or things that Marvel has hidden in it’s movies. You can see the gallery here. I admit to being nerdy enough to having known many of these, but others were new and super fascinating, and I can’t figure out how people noticed them. I also realized that I have not watched some of these movies (The Hulk movies and about half of the Spiderman movies, neither of which I am really tempted to see). I love seeing all the ways Marvel references the original comic books in the movies. 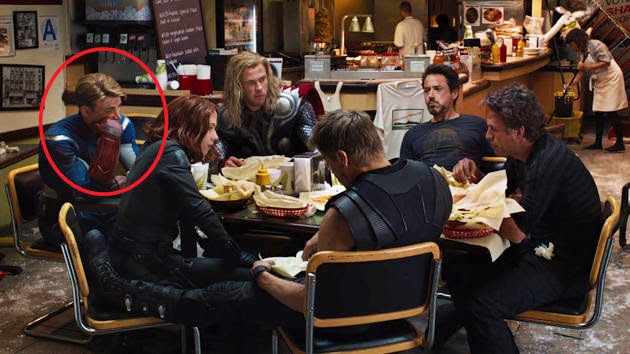 What was your favorite hidden Marvel moment?

Sorry for my absence as I have still been dealing with health issues. But I am back and ready to blog! Today I thought I would share some of the news I have found about some upcoming movies. The first is something that I am not sure if I am happy about or not, The Giver is being turned into a movie. My father used to read this Lois Lowry novel to his students, and I heard the story when he was my teacher. It was an amazing story, and I would love to see it on big screen. My hesitation is that the article I found on Yahoo, which you can read here, focused on Taylor Swift as the Giver’s granddaughter. I am not so sure how great an actor she is. However, I will hold off on judgments until I find more information about the movie and see a trailer. Right now the movie is planned for release in August 2014.

More exciting is the new trailer for Captain America The Winter Solider, which you can watch below. It looks really interesting to me.

No movie update at this time of year would be complete without an update from The Hobbit: The Desolation of Smaug. There has been a new trailer released, a new behind the scenes update from Peter Jackson (on his youtube channel), and even more behind the scenes information. You can find some of this information in a Yahoo article here. I am so ready for the next movie, and that will be the highlight of my December!

What movies are you guys looking forward to? 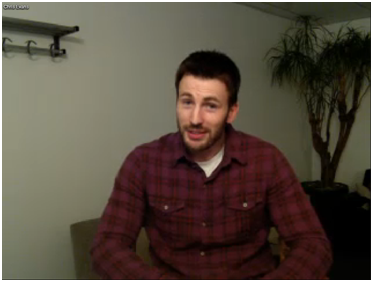 Final Verdict: Chris Evans came across as a very down to earth guy, whose family and interests keep him grounded. A great way to safely interact with fans.

For the full adventure, click the event title. To view a recording of the Q&A click here.