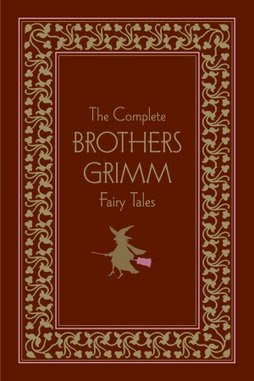 “Some men are born to good luck: all they do or try to do comes right—all that falls to them is so much gain—all their geese are swans—all their cards are trumps—toss them which way you will, they will always, like poor puss, alight upon their legs, and only move on so much the faster. The world may very likely not always think of them as they think of themselves, but what care they for the world? What can it know about the matter?”
Jacob Grimm

Having always been a fan of fairy tales, and being a slightly more morbid leaning individual, I thought it was about time that I gave reading the classic ones a chance. I went and found a free e-book version (as the book has passed the end of its copyright). So because of this I am not completely sure which version/edition I read, but my guess is one of the later versions.

I would attempt to give a summary, but it is exactly what it says it is; a collection of fairy stories. There is a great variety, with some you will be completely unfamiliar with, and some old favorites. Having grown up with a teacher for a father, I had access to books and films about books, and from this I knew some of the more obscure ones. One of my favorites from growing up, Bearskin, was included here, and it was neat to read a version rather than watch it.

As much as I enjoyed some of the stories, the whole process was actually a bit painful, and towards the end I just wanted to give up (okay, so after 250 pages I was done). I think if I had allowed myself to skip some stories, or just pick and choose it might have been a better experience. But as you read through all the stories you realize that it is hard to come up with over 200 unique fairytales, so you are left with a lot of similar stories. There was several times where up until halfway through a story I was sure I had already read it. Many of them have the same names, descriptions, or major plot points, so it is a bit boring then.

One other thing to remember is that these stories are a reflection of the time when they were written (and I think I was reading the edited versions). So there is racism, sexism, and lots of religious themes. If people have been bad or ungodly they may get turned black, for example. The men have a lot more agency than the women. And good things are more likely to happen if you are pious and go to church.

I was very disappointed by how tame most of the stories were. There were only two that I think were really gruesome. But I had always heard that the ‘original’ tales were more gruesome and less wholesome than the ones we know today. But this was not really the case here. I had heard that in the original Sleeping Beauty, it was not the kiss that awakened her, but in Little Briar-Rose it was pretty much the Disney version. The two stories with the gore in them were some of my favorites, as they were the only ones to bring a sense of scary to the story.

Overall, I enjoyed a few of the tales, but was disappointed. I think some of the stories have lost their appeal through age and translation. I also feel that what I read had been censored at some point (during the Brothers’ time), and some of the old fashioned fairy tales was still missing. I think if you want to read this go ahead, but skip around or only read a couple every once in a while. Otherwise, you can get many of the stories in retold formats that are better stories with more descriptions and action.

As this has passed into public domain you can find copies of these stories online for free. Here is a link to download a copy: Many Books- Brothers Grimm

Final Verdict: Stick to the retold stories by better authors, and do not put yourself through the pain of reading the originals.