“A life comes apart at the seams. He wants to blame the dead girl. But the stitching had become frayed long before that.”
The Crow: Curare by Antoine Dodé and James O’Barr

For many years now I have been a huge fan of anything to do with The Crow. It started when I caught The Crow: City of Angles on television, and then went and saw The Crow starring Brandon Lee. After I fell completely in love with the concepts and themes of the movies, I was able to get my hands on the graphic novel of The Crow with the art and story by James O’Barr, and I fell even more in love. So when I was browsing NetGalley, and saw a Crow themed graphic novel I had to click on it. It did take me a little longer to decide if I really wanted to read it, as there are some really bad interpretations of the mythos out there, but in the end I couldn’t resist. It was not until I was about to do the write up that I realized that James O’Barr had actually been involved with this project.

The story of The Crow: Curare is about Joe Salk, a retired Detroit police officer who cannot forget one case. He has let this case destroy his career, his family, and really his life. It is only when he is completely alone that the murdered little girl, empowered by the Crow, shows up in his house and helps him find her killer, and ultimately her vengeance. 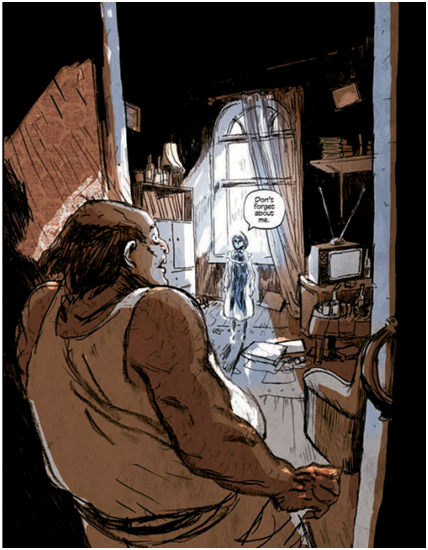 It took me a little while to actually get into the story for this one, and part of that was the art work. While I tend to favor the “pretty” art in manga (specifically shojo ones) I do read a good number of American styled comics, but I found this rougher than those. However, once I became accustomed to the art, things were interesting.

This is not a very nice story though, not that Crow stories ever are, but this one is particularly dark. The fact that the Crow character in this comic is a little girl is a bit rough to deal with, when I am more used to a grown man playing the part. Also there are a lot of details about her murder that paired with her age makes the story very dark and rather graphic. For me, it was a little bit too close to some of the cases in my forensic research. If you are of a more sensitive disposition, I don’t think this story is for you. 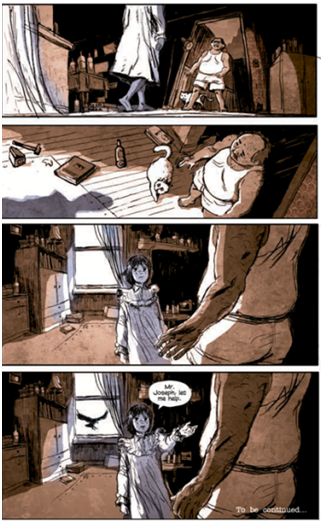 I did like some of the references to the original comic of The Crow. Having lived near Detroit, and knowing that O’Barr lived and based The Crow on this city, made it interesting to return there. Also there was a beautiful white cat that was very reminiscent of Gabriel, the cat owned by Eric Draven in the original. I was not as fond of some of the changes to the original ideas, though. I found the fact that the little girl was actually a ghost, instead of reanimated or ambiguous like Eric had been, a bit weird. Also I’m not sure I am a huge fan of the crow (the bird) talking.

I found the main character, Salk, not particularly likeable, but he was sympathetic. He lives in a very rough city, and has seen some of the worst things humans are capable. However, he is flawed, and the loss of his family reflects that. While I admire his drive to find the killer of the little girl, he neglected his own daughters. In the end, when Salk finds the killer, there is a price to pay, but I think given the crime, it was probably worth it.

Final Verdict: A very dark addition to The Crow universe and not for the faint of heart, but worth a read for those who enjoy a story of vengeance.

One thought on “The Crow: Curare”