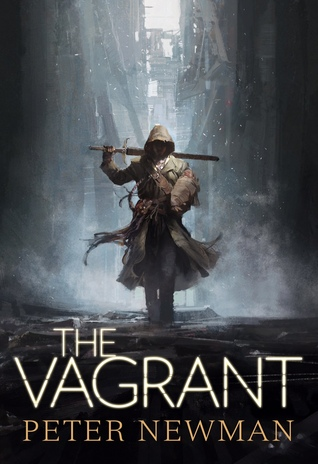 “In answer, the Vagrant raises his blade. At its hilt, silvered wings unfurl.
An eye opens.”
The Vagrant by Peter Newman