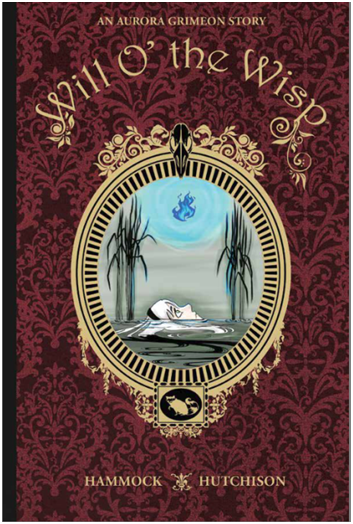 Aurora: “What’s to talk about? They were making fancy pasta. Thought they could pick any wild mushrooms they wanted for the sauce.”
Social Worker: “You don’t eat pasta?”
Aurora: “I don’t eat mushrooms. They should have remembered.”
Will o’ the Wisp: An Aurora Grimeon Story by Tom Hammock and Megan Hutchinson

One of my favorite things to read when I only want to spend an hour or two reading and still finish a story is to grab a graphic novel. I love graphic novels that are a bit dark, with a bit of fantasy. When I saw Will o’ the Wisp and read the short description, I knew I wanted to read it. I waited until one of those short reading moods hit me, and then settled in with the book.

Aurora Grimeon is sent to live with her estranged grandfather after her parents die from eating poisonous mushrooms (Aurora became ill but didn’t eat enough to die). She finds herself on the strange Ossuary Isle deep in the swamps. As Aurora begins to explore her new world, she meets the strange residents on the island and her grandfather’s pet raccoon, Missy. However, something strange is happening on the island (and it is not just the local woman’s Hoodoo magic), starting from the strange lights that Aurora sees when she first arrives. Then residents start disappearing or dying, can Aurora and the remaining residents figure out what is happening? 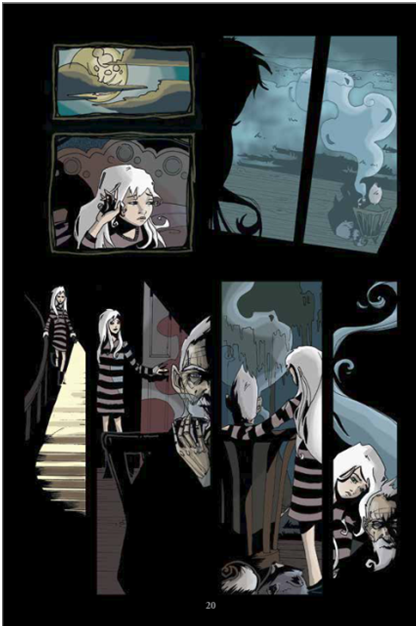 Overall it was a pleasant read, and a nice way to spend the afternoon. I found the art a little inconsistent. I wanted to love the art, as the style is similar to some of my favorite graphic novels and the color scheme worked well for me, but there was a blockyness and roughness that sometimes detracted from the art being really beautiful. There were some delightful gothic elements but not as many as I had hoped for.

I really enjoyed the story. The mystery was darker than I expected and had some twists that I wasn’t expecting. However, it was the interactions between people that really won me over. I especially loved the complicated relationship between Aurora and her grandfather. Too often in stories estranged relatives who suddenly meet again get along too well. Instead, both Aurora and her grandfather have to adjust to this new way of life. 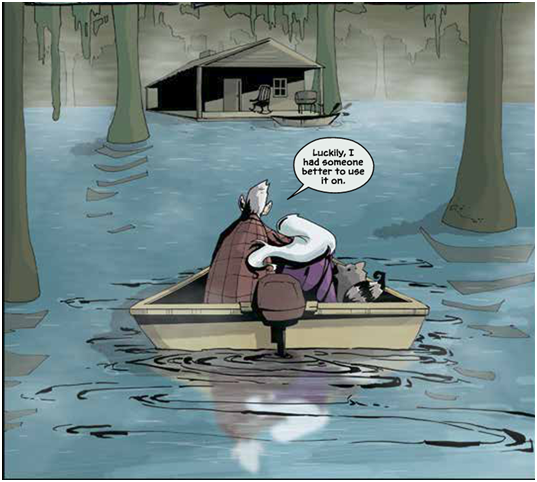 If there are more books in the series I will read them, if only because the world of Ossuary Isle and the residents are so interesting. As a northerner, I find the southern swamps a strange place, and the authors were able to bring to life the complicated balance of modern and tradition that I feel exist down south. The Isle is both fun to explore but also scary in what lurks in the mist that so often surrounds it. The residents feel like they are part of the Isle and it is hard to separate the two from each other, in a good way.

Final Verdict: A nice escape in book form that doesn’t take too long to read and enjoy.