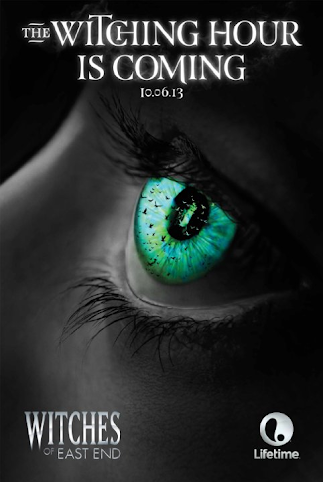 “I’ve given birth to [Ingrid and Freya] and watched them die a dozen times, and neither of them’s ever lived past 30”
Joanna Beauchamp in Witches of East End

Witches of East End is a TV series based on a book named Witches of East End, written by Melissa De la Cruz. The TV series focuses on Joanna Beauchamp (played by Julia Ormond) and her two daughters, Freya (played by Jenna Dewan-Tatum) and Ingrid (played by Rachel Boston). They live in a small town named East Haven, and lead quiet, normal lives. That is, until Joanna is forced to tell Freya and Ingrid that they are actually powerful and immoral witches. With a shape shifter bent on destroying the Beauchamp family, Freya and Ingrid must learn to use their magic quickly, before it’s too late. 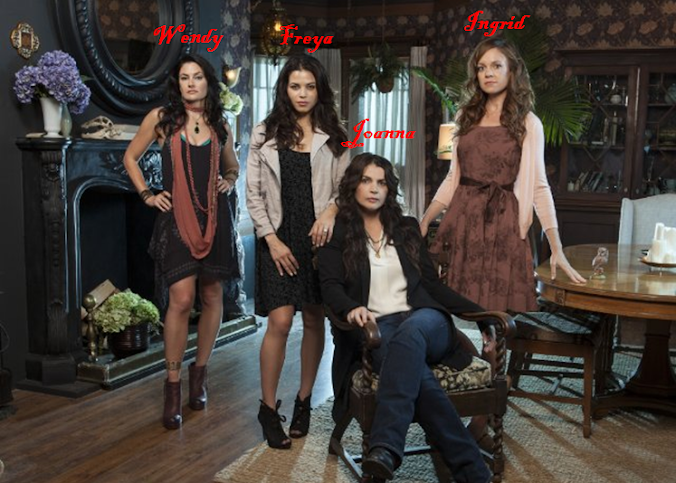 You can see a trailer below:

I wasn’t sure whether I liked Witches of East End after watching the pilot episode. The show has that melodramatic, soap-drama, feel to it. Freya in particular, is overly dramatic and emotional. It was difficult looking past the melodrama to focus on the plot itself, which is actually interesting.

I like the idea that although Joanna, Wendy, Freya and Ingrid are witches, they are also cursed. Joanna, for example, is immortal but cursed to give birth over and over again, each time Freya and Ingrid die (around 30 years old). Wendy can shift into a cat and literally has nine lives. The flash-backs that show the witches in the past (Joanna and Wendy), or in a past life (Freya and Ingrid), offer a change of pace and build up the depth of each character. The flash backs to one of Ingrid’s past lives was particularly interesting. Ingrid hasn’t always been shy and despite her saint-like personality in this life, she has darkness inside her. I also really enjoy the bits of information that are dropped here and there about how the witches became cursed and where they are from.

I’m not so sure about the love-triangle aspect of the plot. I’m intrigued by the dreams that Freya and Killian seem to share, and the hints that Killian drops every now and then. I get the impression that maybe they’ve been together in another life time.

I am getting tired of love triangles though. This love triangle is okay. The chemistry between Freya and Killian is strong, but it’s perhaps a little too full on. If I had a pound for each time Freya and Killian break into a major make-out session—okay, most are in her dreams—but still. The chemistry between Freya and Dash is luke warm at best. He’s so serious compared to her over-emotional and frantic personality. I’m also not quite sure why she’s so convinced he’s her soul mate considering she’s only known him a couple of months. Anyway, I’m not really invested in the love triangle, and I hope that part of the plot will be wrapped up sooner rather and later so the focus can be on the witchcraft. I’m just fed up of seeing Freya freak out about Dash finding out.

Character-wise, I related most to Ingrid. She’s really smart and powerful, but she makes silly mistakes as any human would. Rachel Boston, who plays Ingrid, does seem to have one upset stare, which crops up annoyingly frequently. Other than that, I think Boston acts really well. 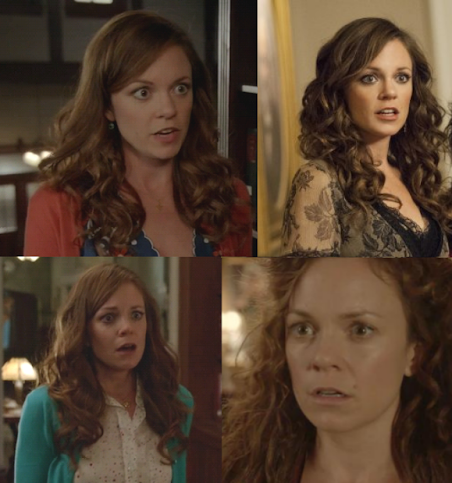 Ingrid doesn’t get as much air-time as Freya, however. Freya seems to be the bigger character of all the witches because a huge plot point is devoted to the love triangle between her, Dash, and Killian. I’m not as keen on Freya’s character because she’s so melodramatic and she seems to wear clothes that REALLY accentuate her bust. It seems that a fair amount of time is spent emphasizing how super sexy Freya is. I like Wendy; she’s melodramatic like Freya, but she’s a toned down version. She’s pretty silly, yet kind of hilarious to watch. She also casts a lot of magic, which is fun.  Her voice can become a tad pitchy at points though. I also like Joanna; she’s the most powerful witch at the moment (I expect Ingrid will surpass her at some point) and can perform some really great magic. She’s the opposite of Wendy, in that she’s reluctant to use magic to solve her problems unless absolutely necessary. Joanna and Wendy end up balancing each other out.

On a final note, I can help but notice the similarity between the Beauchamp’s house in Witches of East End and the Halliwell manor in Charmed.

Final Verdict: Once you get past the melodrama, Witches of East End will definitely capture your interest. The mystery surrounding the Beauchamp woman is intriguing, and the magic, although nothing new, is just what you want in a TV show about witches.

For an overview of what happens in each episode, click the links below.